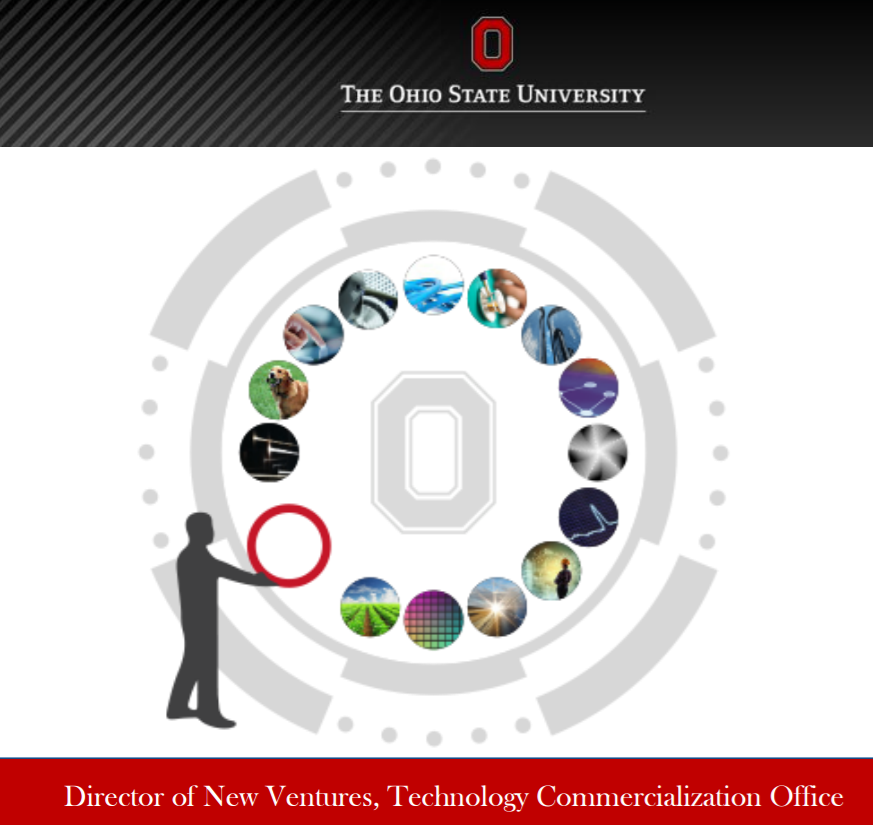 Imagine being in top technology commercialization management for the school that is ranked 4th in the Nation among all research universities in industry-sponsored research, according to statistics compiled by the National Science Foundation. The Ohio State University has secured the Vortechs group in its search for the Director of New Ventures in its Technology Commercialization Office.

The Ohio State University(OSU) ranks 4thin the nation among all research universities in industry-sponsored research, according to statistics compiled by the National Science Foundation. The breadth, scope, and excellence of its research programs make Ohio State a leading force of innovation and change —locally, nationally, and globally.

Ohio State’s research and academic programs offer some of the widest variety in the country. The Ohio State University is also home to atop-rated medical center, a premier cancer hospital, and a state-of-the-art heart hospital.In addition to this, the University boasts over 80 research centers.The technology commercialization office at OSU features an Inventor’s Wall, which showcases the extraordinary contributions this institution has had in the world of science, research, and invention. Ohio State has more National Academy Awards than any other university.

In 2017, Ohio State was ranked #25 on Reuters Top 100 Most Innovative Universities in the World, ahead of CalTech, Cornell, and Oxford universities.

The Director of New Ventures reports to the Associate Vice President (AVP) of Technology Commercialization and will be responsible for launching new ventures and leveraging the fund continuum of The Ohio State University (OSU). The Director of New Ventures will have a keen focus towards recognizing and nurturing technologies at OSU, which would have a higher potential of success in the current market environment. The Director will also track portfolio companies’ progress. OSU currently has nearly 60 startups and ranks as one of the top universities in the country in startup metrics.

We are looking for a candidate with:

Columbus, Ohio is an amalgam of industry and experiences. With state government activities taking center stage, it also boasts a rich academic community with The Ohio State University, and is the headquarters for many large companies. Its diversified economy keeps the cost of living well under national average.

Columbus has been named to too many Best of lists to include all of them here but some of the notables are: One of the 6 Best Big Cities by Time and Money Magazine, one of the Top 6 American Dream Cities, and #1 Opportunity City according to Forbes. Read more about Columbus’ awards and listings.